Cobalt is a transition metal, element 27 of the periodic table and abbreviated as Co. Although it is now being researched for its uses to remediate industrial groundwater pollution,1-4 and catalyze reactions to produce hydrogen gas as an alternative fuel, cobalt was once associated with evil.

Centuries ago, when miners separated cobalt from its ore in the smelting process, toxic arsenic oxide gas would often be released, because the two most common cobalt ores both contain arsenic.5 Miners were unaware of the arsenic gas, and attributed the symptoms of arsenic poisoning to evil goblin sprites.6 The term cobalt originated from “kobald,” the German word for goblin or evil sprites, and “cobalos,” the Greek word for mine. 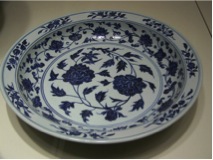 Figure 1 Blue and white porcelain from the Yuan Dynasty with a cobalt-dye, taken from http://commons.wikimedia.org/wiki/File:WLA_brooklynmuseum_Plate_1368-1644_porcelain_cobalt_blue.jpg

Long before the cobalt miners of the Western world were tormented by poisonous gasses in their pursuit of cobalt, however, inhabitants of the Middle East and Asia were enjoying cobalt as a beautiful blue dye. In the Yuan Dynasty of China (1279-1368AD), blue and white porcelain was in high regard. Jingdezhen, the foremost production center of porcelain in the world at that time, started out with the production of prized white porcelain from locally accessible fine white clay. Trade access to cobalt deposits in central Asia allowed the pottery to first be painted with intricate dark blue designs and then clear-glazed. This sparked the tradition of blue and white porcelain which people still think of in modern times when they think of “fine china.”7 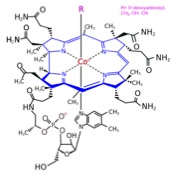 Figure 2 Structure of cobalamin (vitamin B12), taken from http://commons.wikimedia.org/wiki/Category:Vitamin_B12#/media/File:B12_Cobalamin.svg

Coming into more recent times, cobalt compounds are used to catalyze a wide variety of societally relevant reactions. Catalysts are molecular complexes that either allow a reaction to run much faster than they would normally or trigger a reaction that would not ordinarily occur. They are not consumed by the reaction and ideally can be used in small amounts to catalyze reactions. Then, the catalyst should be recoverable from the reaction products. One example of a reaction cobalt compounds can catalyze is the dechlorination of trichloroethylene (TCE). TCE is a recently confirmed carcinogen, and its harmful properties come from the chlorines or “trichloro” part. Dechlorination, the removal of chlorine, of TCE results in the production of ethylene, a much less toxic chemical than TCE.1 In addition to dechlorination, there are cobalt containing compounds that will facilitate the efficient production of hydrogen gas from water and alcohols such as methanol and ethanol. Hydrogen gas is of interest for powering car fuel cells ad an alternative power source to gasoline.8

Perhaps more relevant to everyday life, cobalt one of the many transition metals that are considered to be an essential element. An essential element is an element that will cause a physiologic deficiency when the element is removed from the diet.9 You may be familiar with anemia, which originates from a lack of iron. The compound cobalamin, which is the active ingredient of vitamin B12, is a cobalt-based molecule. Vitamin B12 plays a crucial step in the regulation of the brain and nervous system.10

The uses for cobalt have come a long way, from being in porcelain as colorful blue dyes to being a major avenue for catalysis in scientific discovery.